Drums United is made up of 7 percussionists, from four continents and seven different countries, Turkey, Japan, Senegal, Germany, the Netherlands, Surinam and Venezuela, and is much more than just a drum group. It’s a smoking live band that not only gives the audience an opportunity of listening and watching top players, but also imparts the underlying message that people from widely varying nationalities can work well together.

Lucas has been at the forefront of the European jazz, latin and percussion scene for over 30 years He was elected 'Best Jazz drummer' in the Benelux countries by the readers of De Slagwerkkrant many times running between the years 1993 and 2019. 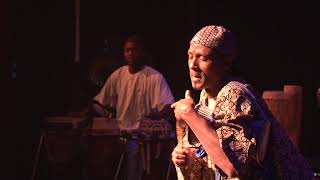